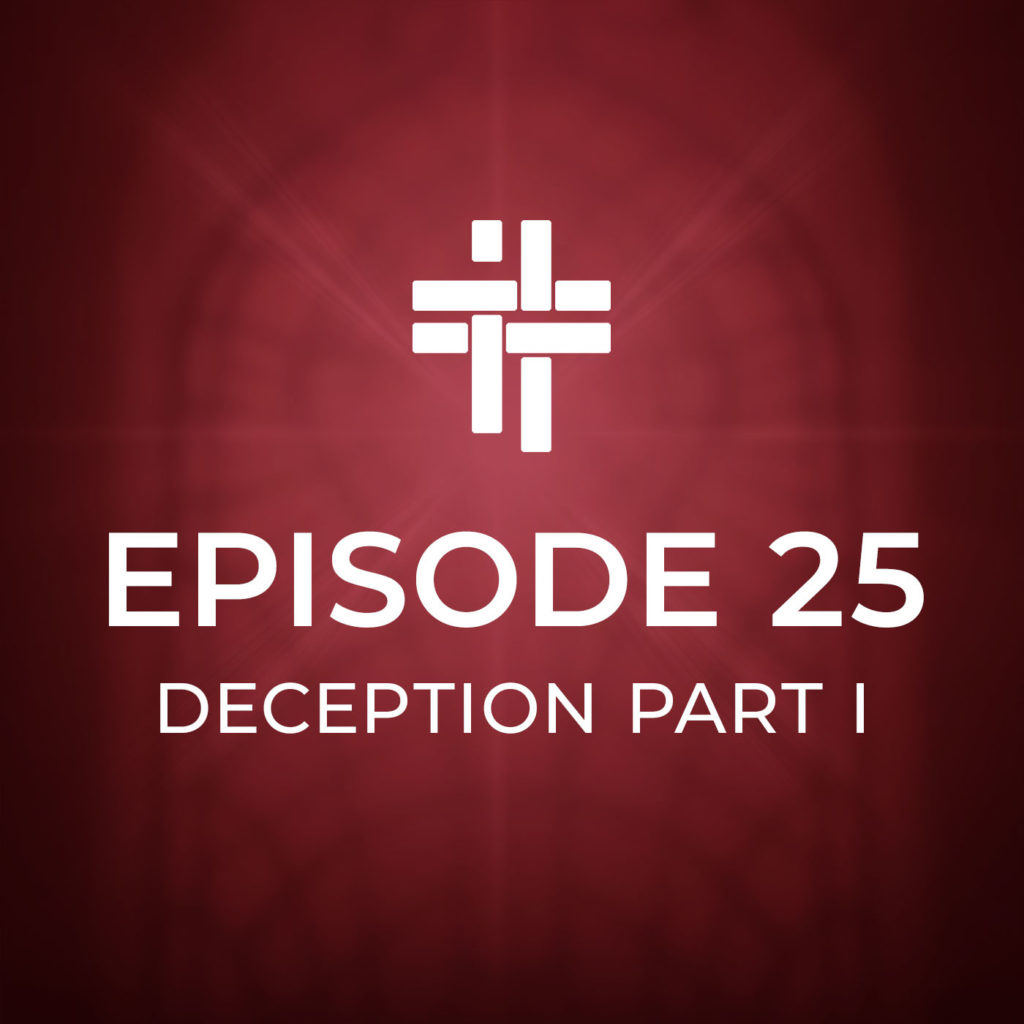 The first instance of a Destructive Hidden Influence, the prototype we call the Serpent, appears in Genesis. The passage describes the primary source of all conflict. In this mystical lesson we discover what we might call Original Deception. The Serpent models the paradigm of a Destructive Hidden Influence — a covert deceiver who wrecks relationships.

In the next three episodes I will explore this core cause of fear, hostility, conflict, violence, and war.

Together we will inspect the damage inflicted by deception and sabotage. We will reflect on the covert agents that cast dark shadows over our lives. Aspiring peacemakers should find that these insights greatly improve their ministry.

The first instance of a Destructive Hidden Influence, the prototype we call the Serpent, appears in Genesis, Chapter 3. This story of the Fall of Man helps us better understand our plight. The passage describes the primary source of all conflict. In this mystical lesson we discover what we might call Original Deception.

The Serpent in the Garden is the Original Deceiver. The Serpent models the paradigm of a Destructive Hidden Influence — a covert deceiver who wrecks relationships. When he damages the relationship between Man and God, his devious actions precipitate what we call the Fallen World.

This Biblical account should be understood as a spiritual or mystical lesson. That does not mean it is myth or a fairy tale, and it does not mean that events did not take place. But the passage is a mystical account, a spiritual lesson. This makes the story even more powerful, as it applies to all persons across the entire span of Creation. It teaches lessons about the nature of Creation and the nature of Mankind.

Thus, the important aspect of the Garden narrative is not the date or the place or historical events. Rather, we learn a lesson that applies across all times and places and events. We learn how the Destructive Hidden Influence destroys lives. The dilemma of Adam and Eve is repeated throughout history. They are a prototype that represents the tendency for us to be fooled by deception — an affliction experienced by all humans.

When the jealous Serpent sets out to undermine God’s relationship with Adam and Eve, he does not launch a frontal attack with a warlike demeanor. Rather, he relies on deception. As the Bible states, “He was the most cunning of all the animals …”

The Serpent poses a sly question. He asks Eve a question intended to provoke doubt and confusion. “Did God really tell you not to eat from any of the trees in the garden?” Notice the sly qualifier – “really.” Kind of like saying, “Are you sure?”

He then he dismisses Eve’s answer. He treats her as though she is foolish, “You certainly will not die.” He invalidates her. This weakens her sense of reality. He then follows with a strong rebuttal, “God knows well that the moment you eat of it your eyes will be opened and you will be like the gods who know what is good and what is bad.”

We see how the Serpent uses subtle deception to undermine Eve’s sense of reality. He is crafty in the way he creates distrust and jealousy.

The deception continues when Eve shares the apple with Adam, though the deception becomes subtle. She leaves out important information. But in Eve’s mind perhaps there was no reason to say anything. The Serpent had built a convincing case for her actions. It was just the ways thing were. The Serpent had made his case and given the green light for the couple to proceed with their disobedience.

Let’s back up for a moment.  I want to place an emphasis on the Destructive Hidden Influence aspect of this paradigm. The Serpent’s offensive takes shape in steps. At first he undermines what a person considers real. He diminishes their certainty. A traitorous guide, he leads them into shadows where they stumble.

Peacemakers encounter this sequence of events, over and over. For better understanding, let’s return to the Genesis narrative. The text might lead us to conclude God assumes a punishing attitude toward the first couple. He scolds them. But I interpret the passage slightly differently. It seems that God starts out by advising Adam and Eve about the nature of reality. With regard to the Garden he informs them, “Here’s how it is. Here’s how it works.”

Later, when Adam and Eve are induced to make a bad decision, when they ignore the warning, they trigger adverse consequences. From the viewpoint of a mystical lesson, God’s pronouncements simply warn of consequences that arise from the nature of reality.

Perhaps the consequences are somewhat counter-intuitive. At first glance, it seems that knowledge of good and bad is exactly what we need! Does a prohibition against such knowledge even make sense? After all, don’t commandments regarding good and bad make up a significant portion of scripture? How could scriptural admonitions be the fruit of the forbidden tree? This seems puzzling.

But, reading with an eye to the mystical lesson, we notice two trees are described: The tree with the forbidden fruit and the tree of life. This second tree, the tree of life, represents unity — many take it to represent mystical unity with Christ. The fruit of this tree leads to eternal peace.

In contrast, from a mystical viewpoint knowledge of good and bad represents duality — and duality leads to a world of conflict. It leads to the Fallen World described in Genesis. According to that passage, once a person eats of the forbidden fruit that person no longer has access to the tree of life. Duality sabotages the potential for unity.

The following is how the consequences of eating the forbidden fruit are described: “Therefore, he must not be allowed to put out his hand to take fruit from the tree of life and thus eat of it and live forever.” If you eat the forbidden fruit, you are escorted out of the Garden, out of Paradise, like Adam and Eve.

In mystical terms, a descent into duality is a move away from the potential for eternal mystical unity with God. The descent kicks off the journey away from Paradise and into a fallen world of conflict and strife. And that is the journey of the Fall of Man.

Let’s review the lesson we’ve discussed. The Serpent’s deception damages divine relationship. It damages the potential for mystical union with God. The Serpent is the prototype Destructive Hidden Influence.

We must recognize the Destructive Hidden Influence, the purveyor of deception, the destroyer of relationships, as the primary impediment to reconciliation with God and with our fellow humans.