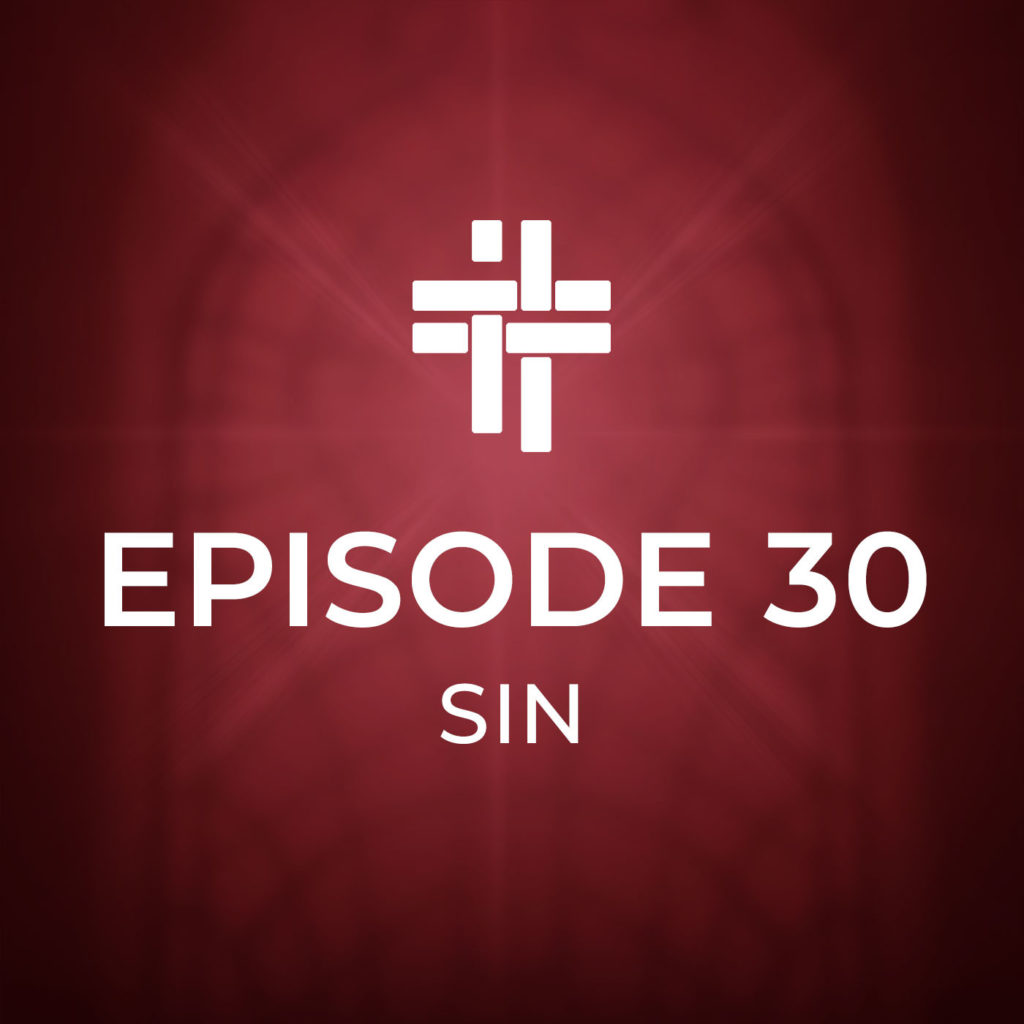 Too often, sin is considered in the form of a laundry list of “thou shalt not” prohibitions. We must seek a more dynamic and operational definition, a definition that integrates with peacemaking. What does that mean? As peacemakers, we seek a definition of sin that focuses on relationship. Sin ends when divine love is brought back into a relationship. People do not cease sinning because they know the rules better. They stop sinning because they want to love more.

Today, in Episode 30, we are going to take a new look at the concept of sin.

Too often, sin is considered a laundry list of “thou shalt not” prohibitions. I propose we go beyond such limited definitions. Instead, we must seek a more dynamic and operational definition. We need a definition that integrates with peacemaking.

When we take this approach sin can be boiled down to its essence — it is the destruction of loving relationships. Sin can be identified as those deeds or omissions that harm or destroy relationships. Thus, when peacemakers reconcile relationships, they repair damage caused by sin.

When one analyzes the subject closer one finds that all lists of morals or commandments are static snapshots that emerge from this dynamic. Sin always consists of actions or omissions that bring about the destruction of loving relationships.

Lists of morals or commandments are static. They rarely come alive. They fail to engage the attention of the persons in a conflict. Lists that can be used to label seem to be a tool of those who critique and criticize — rather than offering a door to reconciliation.

I’ve seen people in mediation demand that we simply establish what is right and what is wrong — and then deliver the consequences. The plea falls flat. Repairing relationships is a much more nuanced endeavor.

Mediators must lift commandments “off the page” and place them into an action context. They must ask what events took place. What deeds transpired or words were spoken? Mediators want to listen to the narratives that explain the wrongs committed.

While there may be some value in labeling behavior, that value is limited. A label is a shortcut that cannot compare to an in-depth account of the deeds, words, and intentions that were set in motion to bring about conflict.

The story of how a loving relationship was destroyed — which is essentially the story of how sin entered into the lives of those in conflict — is not static. It is dynamic. Acts or omissions that destroy relationships cannot be adequately be addressed by lists of rules. One has to put sin “into motion” to really understand its effects.

Peacemakers and parties best understand sin when the transgressions are brought to life by an active process of exploring narrative accounts. Only robust reflection and communication allows us to truly understand the wrongs committed. Simply stating that a person violated a rule that appears on a list does not set apology, forgiveness, and reconciliation in motion. In contrast, the definition of sin in terms of relationship enhances the reconciliation process. It allows it to move forward with increased communication, increased affinity and, eventually, reconciliation.

This new approach also provides a coherent analysis of Original Sin — a condition or a state of being that causes man to suffer. Eventually, this condition must be taken up in the deepest form of peacemaking possible — reconciliation on the vertical axis, reconciliation with God.

So, when someone brings up the topic of sin during peacemaking — usually in the form of allegations of wrongdoing — ask them what took place that harmed or destroyed the relationship. Get them to tell the story of what happened.

If you simply allow a party to whip out a list of commandments and accuse the other party of violating rules, conflict will likely escalate. One party may say to another, “You’re a sinner and here is a list of your transgressions.” Peacemakers know this just heats up the clash.

Or a party may make a nice, simple, declarative statement, “We know what you did. We have your number. Now you just need to pay the price.” But the approach goes absolutely nowhere. Mediation crashes.

People are not interested in lists of sins that can be applied as labels. They are not that interested in declarative statements that offer a measure of a person’s worth. In fact, when that happens conflict simply escalates.

People are interested in why people “do what they do” — they’re interested in knowing why someone has harmed another. What were they thinking? What made them do it? Why did they seek to destroy another person?

They are not seeking a label they can affix to another person that brands them with a sin. Rather, they are more interested in knowing why that person was unable to love. What happened that makes them do harm to others rather than loving others?