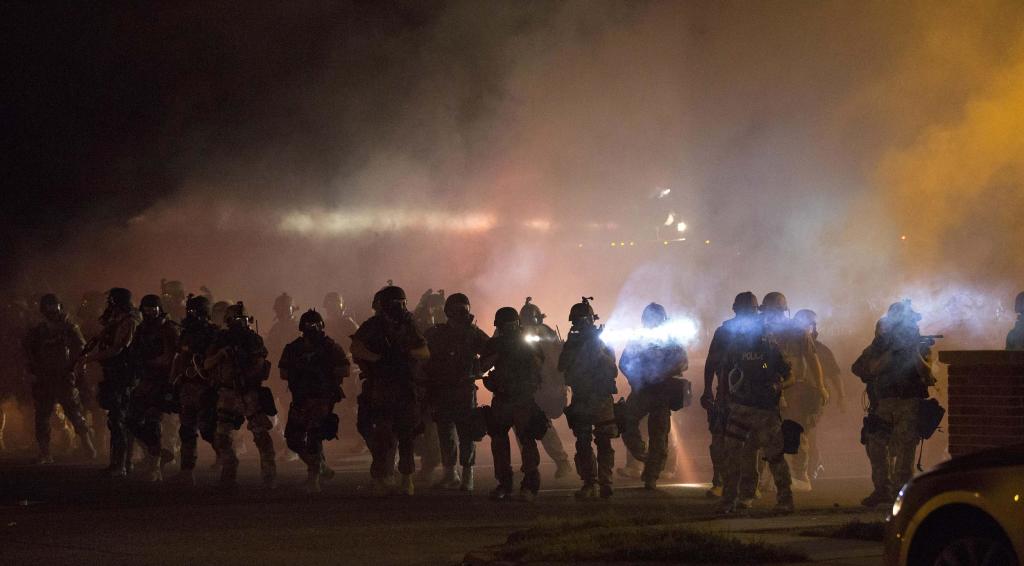 That’s the headline that greeted me this evening as I logged onto Twitter, that along with a slew of other inspiring messages such as Cop Turns Off Dashcam to Beat & Tase 66 Yr Old with Dementia. Raindrops were falling with a gentle patter off the twisting branches of the Japanese maple tree outside my window. A fire was crackling in the living room. Smells of spinach ravioli and meatballs were wafting up from the kitchen, and a brutalized man with swollen eyes and reddened skin was staring out at me from inside my computer screen.

For a few moments my Twitter feed was flooded with gruesome tales of police brutality, all from the same Tweeter, a man who either had a very concerned heart, an axe to grind, or a need to capitalize on a trending topic. I’m still not sure which. I am sure that I experienced one of those moments: you know those moments when you wished you lived in Antarctica, or better yet the Sea of Tranquility, where Internet access is spotty at best.

I scrolled down, trying to find the bottom of this barrel of sensationalized news. And that’s when I saw it: a few rows down from the first tweet was another one that read, Police officer leans on Catholic faith during Ferguson crisis.

Underneath the headline was a photo of an officer looking thoughtfully and heroically towards the distant horizon. In the accompanying story, he spoke of the insults hurled at him while he was patrolling Ferguson in the riotous aftermath of the Michael Brown decision. He claimed that he had never before heard such horrible taunts. Thankfully he had his faith, which carried him through the turmoil and allowed him to forgive his detractors.

It was an inspiring story, and by the time I finally did log off, I didn’t know what to think, except that the world is a crazy place and I was hungry for some ravioli. Following that train of thought, I filled my plate, sat down in the comfortable expansiveness of my chair, turned on Golden Girls, and tried to forget all about my Twitter adventure.

I couldn’t get the picture of that swollen man out of my head. I couldn’t erase the thought of that police officer with his rosary ring and message of forgiveness. And I couldn’t help but wonder: Who is right? Who is the victim and who is the aggressor? Who to believe? Who to blame?

As I watched my favorite silver-haired quartet and pondered those questions, my thoughts kept returning to this statement made by the Ferguson police officer:

I can’t personally hold a grudge against any of these people; they were not screaming at me as an individual. I understand, and most of us understand, they’re looking at a uniform and not a face. They don’t know me and everything that I stand for.

Something about that statement stuck with me, and then I remembered why. It reminded me of a story I had heard while attending World Youth Day in Madrid in 2011. We were in Zaragoza, at the Claretian Museum of Martyrs, where the bones of 51 seminarians and priests were laid to rest. The story of those bones, as told by our tour guide, went something like this:

During the Spanish Civil War a group of radical Republicans surrounded a seminary. As they were denouncing the clerics and announcing their imminent death, one seminarian popped his head out of the window and shouted down to his former friends, to the young men with whom he used to roam the streets. “Why are you doing this?” he asked. “Why do you hate me?” They replied: “We don’t hate you. We have nothing against you as an individual. We know you’re a good person, but you are a priest, and all priests must be destroyed.”

Over the years that story had stuck with me, just as I’m sure the story of those brutalized men will, just as I’m sure the story of that harassed police officer will. And I know why. It was the coldness lurking underneath the apparent passion. The Republican marauders didn’t hate anyone in particular. They certainly didn’t hate the seminarians, not as men at least. They hated only what those men stood for. In other words, it wasn’t personal. It was business.

And that’s the horror of it.

The horror is that persons get lost in causes. I’m sure those who send death threats to former officer Darren Wilson don’t know him or the facts of the case well enough to hate him. To the likes of them, he is not a person. He is a “white cop.” I’m also sure the officer who choked Eric Garner to death didn’t know him well enough to hate him. And that’s the problem. Eric Garner wasn’t a person. He was a threat.

My stomach turns the moment I see race charlatans like Al Sharpton stirring up ethnic hatred and violence. Then again, watching an episode of Cops: Reloaded these days makes me queasy as well. Call me sensitive. Call me whatever you like; I don’t like it.

Perhaps I’m just waxing nostalgic, but I remember watching Cops religiously as a kid, and while some of those old officers may have been a bit rough around the edges–they certainly weren’t “sensitive”–I remember they did have a habit of using people’s first names, of attempting to calm them down before slapping the cuffs on their wrists. Nowadays it seems as if we citizens must acquiesce to the hollers of anonymous, hair-trigger officers within seconds… or else.

Of course, not being a police officer, I have no idea what it’s like out there. Perhaps the world has become too brutal, too chaotic. Perhaps the streets are meaner and the criminals are badder. Perhaps it’s impossible to go back to those halcyon days of community policing, if ever there were any. Then again, as Simcha Fisher notes in her article over at the National Catholic Register, some local law enforcement agencies are taking a more personal approach to policing and the initial results are promising.

But there are two sides to every coin, and police officers too are human. Only I don’t hear many out there calling for the Michael Browns of the world to treat these officers as real men and women who have families they would like to return to each night.

The Abstractions of Political Wolves

Tell me, professor, who are these “white” men you speak of? Are these the distant descendants of Anglo-Saxon or Scots-Irish Southerners who enslaved Africans? Or are they the descendants of Sicilian peasants who immigrated to the United States long after the Emancipation Proclamation? Or are they the descendants of Russian serfs who bore as much responsibility for American slavery and institutional racism as the man on the moon? Or perhaps she’s speaking of white men like Zemir Begic, a Bosnian who managed to escape his country’s civil war only to get beaten to death by a group of teenagers 20 miles from Ferguson.

And that’s what bothers me.

Of Systems, Structures, and Persons

In this world of social activism, in this world of systems and structures, people are not persons. They are not individuals. They certainly aren’t unique individuals made in the image and likeness of God. Rather they are representatives of a class, a structure, an idea. Hence the Spanish Republicans hated not the men who wore the cassock, but the cassock itself, that disposable piece of fabric that “represented”… well… something.

And so as I sat watching the gentle rain fall off the soaked branches of that Japanese maple tree, I couldn’t help but think: If I ever die at the hands of another human being, I only hope my attacker does me the courtesy of hating me and not what I supposedly represent. I hope it’s personal, because I am a person.

Lindsay Stone is a freelance writer and head of communications for Taming the Wolf Institute.